Mass protests over racial injustice and dismal statistics on health disparities have not moved Ohio lawmakers to pass bills to declare racism a public health crisis or address police brutality.

Resolutions backed by the Ohio Legislative Black Caucus last year to declare racism a public health crisis failed to gain approval. New concurrent resolutions introduced in February and March have yet to get a hearing in either chamber.

“It is a gross disservice to the people of the state. Instead we are focusing on voter bills that no one asked for and naming state parks after Donald Trump and a whole host of other distractions,” said House Minority Leader Emilia Sykes, D-Akron, who holds a master’s degree in public health. “There are people in this state who die prematurely and unnecessarily due to health disparities caused by racism.”

A resolution would acknowledge that there is a problem – the first step to figuring out how to fix it, she said.

“However, the Ohio House has already performed significant amount of work to make real change throughout the state, and that work will continue,” Cupp said in a written statement.

He pointed to work on K-12 education, infant mortality and $25 million for police training and body cameras. “Rather than making a declaration, these and other specific actions make a real difference,” Cupp said.

More:Police reform: Ohio Republicans propose oversight board, database of use of force reports

Republican state Reps. Phil Plummer of Dayton and Cindy Abrams of Cincinnati, both former cops, are backing a bill to require professional licensing, a database of officer discipline and a statewide database of use of force reports and other measures. The bill, however, has yet to be introduced.

Democrats are supporting a package of bills that would increase law enforcement training in areas of anti-racism, de-escalation tactics and dealing with people with mental illnesses. The bill has yet to receive its first hearing.

Sykes said police reforms don’t seem to be a high priority in the Ohio Legislature. 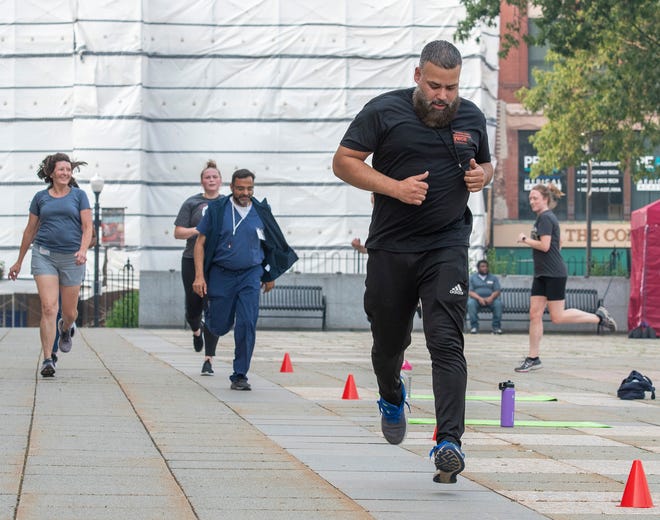