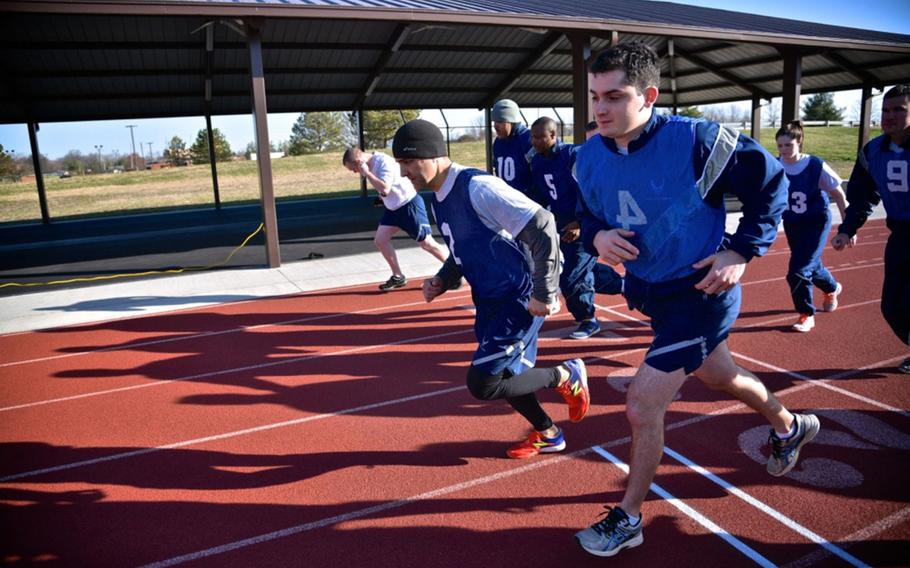 Pushups and situps will now be worth 20 points each, up 10 points, and the 1.5-mile run will remain worth 60 points. The boost in points is to make up for those points that were lost when the service did away with waist circumference measurements in December.

An overall score of at least 75 is required to pass and anyone taking the test must also achieve the minimum score in each component. Minimum scores for each component vary based on age and gender.

The service announced in early March that it would further delay testing until July due to concerns about the coronavirus pandemic. Testing had been previously pushed back until April.

The age brackets used for assessment and grading from 10-year age categories are now changed to five-year age groups. For example, the grading category for ages 30-39 has been replaced with age groups of 30-34 and 35-39, according to an Air Force news release.

In the coming weeks, the service also plans to announce alternative strength and cardiovascular testing exercise options. At that point, members will have about six months to practice the exercises, and they will be available options by the start of next year, according to the service.

“We are moving away from a one-size-fits-all model,” Gen. Charles “CQ” Brown, the Air Force chief of staff, said in a prepared statement. “More testing options will put flexibility in the hands of our airmen – where it belongs.”

The Space Force will also follow the Air Force policies until its leadership develops a service-specific plan.