DETROIT — In a rural stretch of Michigan along the shore of Lake Huron, coronavirus outbreaks are ripping through churches, schools and restaurants where the virus has infected line cooks and waitresses. For more than a week, ambulances have taken several hourlong trips each day to rush severely ill coronavirus patients to hospitals in Detroit, Saginaw or Port Huron, where beds in intensive-care units await.

Even as the pandemic appears to be waning in some parts of the United States, Michigan is in the throes of a coronavirus outbreak that is one of the largest and most alarming in the country. Infection levels have exploded in recent weeks, in big cities and rural stretches alike.

Ann Hepfer, a health officer for two counties, is racked by worries: about spring break trips that are underway, and about the Easter gatherings that will take place this weekend, when families are fresh off their travels out of state.

“It is absolutely alarming,” Emily Toth Martin, an epidemiologist at the University of Michigan School of Public Health, said this week. “Looking at numbers yesterday felt like a gut punch. We’re going to have to go through this surge, and all this hard work again, to get the numbers down.”

Americans have entered a disconcerting phase of the coronavirus pandemic. They are surrounded by news that brings hope: More than 2.8 million vaccines are being administered every day on average, the country is fast approaching vaccine eligibility for all adults and a vaccine trial in adolescents has been a spectacular success.

Yet the uplifting developments have been tempered by increasingly ominous warnings about the national picture from public health officials. On Monday, Dr. Rochelle Walensky, the director of the Centers for Disease Control and Prevention, said she felt a sense of “impending doom” about a potential new surge in cases. President Biden said states should pause their reopening efforts, saying that the country was “giving up hard-fought, hard-won gains.”

Cases, deaths and hospitalizations remain well below the peak levels seen in January. But infection numbers have started rising again, to about 64,000 a day, fueled mostly by pervasive outbreaks on the East Coast and in the Upper Midwest.

The country is a study in contrasts. New Jersey, New York, Connecticut, and other states in the Northeast continue to report high levels of cases, and troubling upticks have emerged in Illinois, Minnesota and some other Midwestern states. But in much of the South and West, case numbers remain relatively low.

California is reporting continued declines, with about 2,600 cases a day, compared with more than 40,000 daily during much of January. Arizona is averaging about 570 cases a day, down from more than 10,000. And in Arkansas, fewer than 200 cases are being announced most days, down 40 percent in the last two weeks.

But if any place offers a glimpse at the threat of a new surge, it is Michigan.

Health officials partly attributed the rapid rise in cases to the B.1.1.7 variant that was originally identified in Britain and is widespread in Michigan. But they have also observed a broader return to prepandemic life seen in a relaxing of mask wearing, social distancing and other strategies meant to slow the spread of the virus — many weeks before a substantial portion of the population is vaccinated. On Thursday, Michigan officials announced that they had identified their first case of the P.1 variant, which has spread widely in Brazil and has now been found in more than 20 U.S. states.

More than 2,300 coronavirus patients statewide are hospitalized, a figure that has more than doubled since the beginning of March. Five hospitals in the Henry Ford system in the Detroit area had a total of 75 coronavirus patients during the week of March 8; as of Tuesday, the hospitals were up to 267 patients. On Monday, the health system announced it would reinstate a policy limiting visitors at several hospitals, in response to the latest surge.

Dr. Adnan Munkarah, chief clinical officer for the Henry Ford Health System, said more coronavirus patients are surviving the disease now than in 2020, in part because they are skewing younger.

But he is frustrated, he said, and his staff is exhausted. “We were hoping that by now, we would have things under better control,” he said.

State and local leaders have asked the public to take precautions and wear masks, even as they have responded to pressure and loosened restrictions on daily life. Gov. Gretchen Whitmer, a Democrat, imposed strict rules on businesses early in the pandemic but has gradually lifted them; in early March, she allowed restaurants to operate at higher capacities, but preserved a statewide mask mandate.

Asked how officials would address the rising cases, Bobby Leddy, a spokesman for Ms. Whitmer, said the governor planned to expand testing and continued to encourage mask wearing, hand washing and social distancing. “The most important thing people can do is to get the safe and effective Covid-19 vaccine to protect themselves and their families, and help us eliminate this virus once and for all,” he said in a statement.

But pleas from officials have failed to convince many people in Michigan to stay home and avoid crowds, as they did in the early days of the coronavirus. Restaurants are busy, crowds of people gather unmasked in hotel lobbies and bars, and baseball fans are planning parties for opening day of the Detroit Tigers season this week.

Still, Mr. Duggan said that the city’s current situation was “nothing” compared with the surge one year ago, when Detroit was in a cataclysmic state of death and despair.

“March and April last year, I don’t think I slept for two months,” Mr. Duggan said. “It was just traumatic. People I knew were dying. We had people dying on gurneys.”

Dr. Joneigh S. Khaldun, the state’s chief medical executive, said on Tuesday that 50 percent of state residents over 65 were fully vaccinated, a sign of progress that the most vulnerable population is closer to protection from Covid-19.

But she said the most significant increase in hospitalizations in the state is in people in their 50s, a group still at risk of becoming severely ill or dying from Covid-19. Younger people have driven the rapid increase in cases recently, she said, including high school students who participate in sports and have contracted the virus through those activities.

“I do think this could be the beginning of a third surge,” Dr. Khaldun said, after an initial rush of cases in Michigan last March and April, followed by a surge in October and November. “I am concerned. But I also think there are things that we can do today that will start to turn that curve down.”

In Detroit, Michigan’s largest city, local leaders have poured their efforts into a drive to vaccinate residents and try to outrun the virus.

The challenges are deep. Some of the same characteristics of Detroit that allowed the virus to spread also make it difficult to administer the vaccine. The city is geographically spread out across 139 square miles, many Detroiters depend on the bus system to get around, and a round trip downtown for a vaccine can take hours.

The city has offered $2 rides downtown for residents headed to mass vaccination sites, which are inoculating thousands of people each day, and this week opened eligibility to anyone who is at least 16 years old.

It has also built a formidable vaccination operation in neighborhood churches.

At Greater Emmanuel Institutional church on the city’s west side last weekend, cars began filling a parking lot before 9 a.m., people hurried through the front doors and volunteers ushered them into folding chairs in a large room lined with framed words of inspiration on the walls.

“We’re in God’s home,” called out one volunteer, Nellie Jenkins-Hendrick, who led groups into the room where they received their vaccines. “That’s the best place to get it.”

A few in the crowd said they had arrived there only after some convincing. Erick Smith, 66, a truck driver in jeans and a Tigers cap, said that a nurse at his doctor’s office encouraged him to make an appointment. “I’m terrified,” he said, fidgeting with his paperwork as he waited for his group to be called.

Mr. Smith said his wife and his son also pressed him to be vaccinated, and he was thinking of the people he knew who had survived Covid-19, like his niece, who had been severely ill.

After what Detroit had been through in the past year, he said, “I don’t think the city will ever go back to normal.”

The Rev. Wendell Anthony, a pastor in Detroit, opened up his church as one of the city’s vaccination sites every Saturday morning, helping deliver shots to hundreds of people.

“We’re not out of the woods until more people have access to it and more people take it,” he said. “That’s why we’re doing what we’re doing in terms of this outreach center. We’ve got to beat this thing before it beats us.”

The city has been aided by volunteers who are securing appointments for Michigan residents, as members of a Facebook group called Detroit Area Vaccine Hunters. Katie Monaghan, a 27-year-old engineer from suburban Royal Oak who administers the page, said her group acted as an unofficial partner to local health departments, whose staffs were overextended. And she has sometimes watched with frustration as a small army of volunteers races against the spread of the virus.

“To be working around the clock getting vaccine appointments for people, and then look at the numbers for Michigan,” Ms. Monaghan said. “And they’re just going straight up.” 9 Self-Improvement Books That Will Help With Your Goals 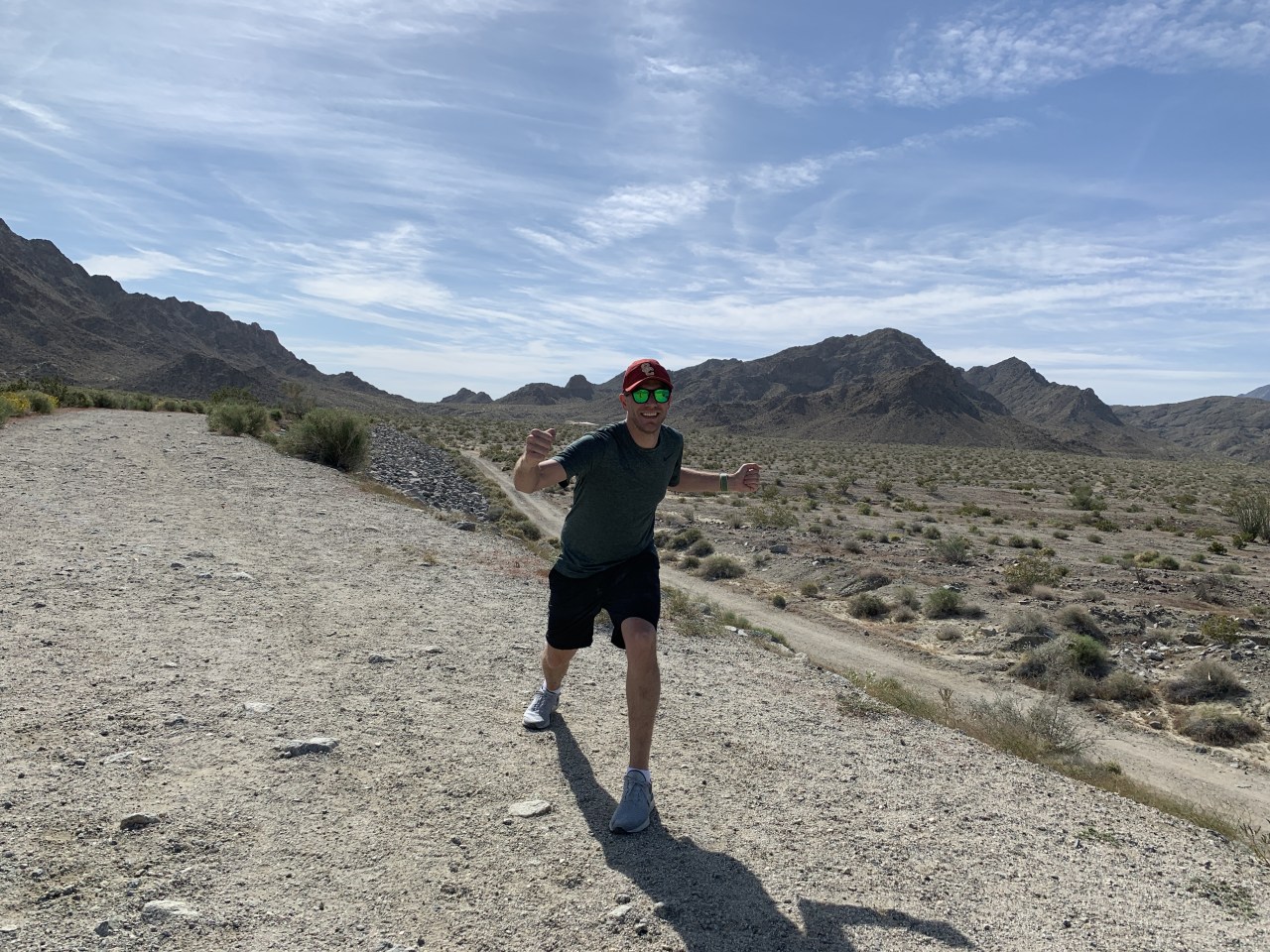 These fitness apps will pay you to get in shape